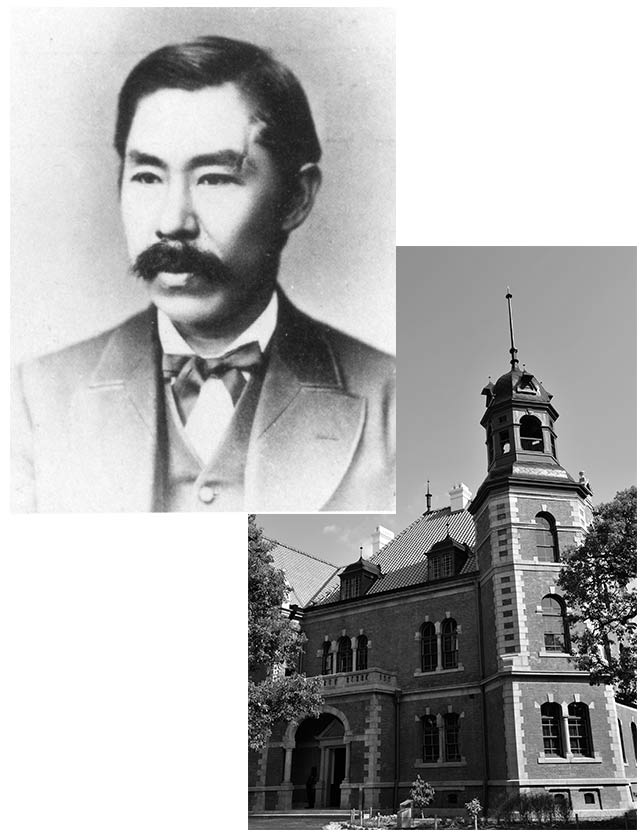 Joe H. Neesima, the founder of Doshisha University, studied for 10 years alone in the United States at the end of the Edo Period, in contravention of laws that forbade Japanese from leaving the country.

He returned in 1875 and established Doshisha English School (Doshisha Ei Gakko), the predecessor of Doshisha University, in Kyoto, based on his various experiences overseas and his faith in the education that he had gained there.

During the 128 years since its establishment, and based on the three educational philosophies of "Liberalism," "Christianity," and "Internationalism," Doshisha University has produced many graduates who have become highly respected in their various fields, with the goal of providing education that will "foster individuals whose abilities are guided by conscience."

The School of Theology, which goes by the motto "Thinking about the richness of the human spirit from a global perspective through an understanding of religion," at one time focused mainly on the study of Protestant theology, but in recent years has expanded its focus to include many other religions from around the world, including Christianity, Buddhism, Islam, and Hinduism, striving to gain a greater understanding of the background to diverse cultures and societies through the study of religions.